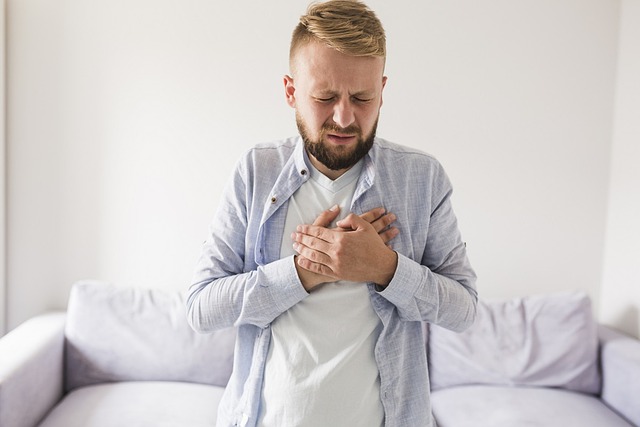 Does your heart feel like it is skipping a beat, or it suddenly starts to race? These sensations are known as heart palpitations. For most people, heart palpitations rarely occur, while others experience multiple palpitations in a day. Most palpitations are not serious health problems however; they may be caused by a hiccup in the heart’s rhythm or an underlying heart condition. The experienced team of heart specialists at Reading Cardiologist Associates are highly skilled in specializing in the evaluation, diagnosis, and treatment of heart palpitations. Call the office or schedule an appointment using the online tool.

Most people experience Palpitations, the feeling of abnormally rapid, strong, and irregular heartbeats that are characterized by awareness of cardiac muscle contractions in the chest, throat, and neck. Heart palpitations are common and can occur at rest or during vigorous physical activity. Heart palpitations can be frightening and they are not harmful or serious and often go away on their own.

What are the Symptoms of Palpitations?

They are sensory symptoms that are described as a bothersome pounding, rapid fluttering, flip-flopping, and skipping beats in your chest for a few seconds.

What are the Causes of Heart Palpitations?

Palpitations can be caused by non-illness factors such as strong emotions like shock, fear, anxiety, or stress. They can also be due to non-heart-related causes like a skipped heartbeat, vigorous exercise, dehydration, lack of sleep, low blood sugar, low potassium, smoking, excess alcohol and caffeine, too much chocolate, or some medications.

Other main causes of palpitations include:

In rare cases, palpitations can be a sign of a serious heart condition that points to arrhythmias which include:

What are The Types of Palpitations?

There are many variants and types of palpitations, depending on where the electrical impulse is generated in the heart d if that signal can generate a heartbeat.

Palpitations are grouped and described based on their frequency (clustered or isolated), their location( (atrium, AV node, or ventricle), and, whether the beats are regular or irregular in rhythm and persistent.

Most of the time, palpitation goes unnoticed but an underlying medical condition may cause it.  Some of the most common types are:

This is a common type of palpitation that occurs when a fault with your heart’s electrical system causes it to miss a heartbeat or have an extra heartbeat.

A premature atrial contraction (PAC) is a normal variant that is caused when the SA node prematurely generates a heartbeat before the heart is ready, making you feel as if there is a thump or flop in the chest.

A premature ventricular contraction ( PVC) is usually caused by an early and extra electrical beat generated in the ventricular muscle cells and makes you feel a thump.

Supraventricular tachycardia (SVT) is a general term used to describe a rapid heartbeat generated by electrical signals above the ventricle and is caused by adrenaline when the body requires more oxygen. This may occur as a response to illness, injury, stress, or vigorous physical activity. SVT may also occur due to an electrical signal without any apparent underlying cause and is referred to as paroxysmal supraventricular tachycardia (PSTV).

This is a term used when the atria, or the chambers above the ventricle is beating irregularly and very rapidly. It causes the ventricles to be bombarded by 100’s of electrical signals which are too rapid and irregular. It can make your heart contract in an uncoordinated fashion rather than an organized atrial contraction.

This happens when an electrical short circuit in the atrium makes a loop of cells to generate a high regular atrial rhythm that leads to a fast heartbeat rate in the upper chamber. It is similar to atrial fibrillation and is often also managed the same.

Your heart rate is controlled by electrical impulses that trigger each contraction and set the heart’s rhythm. Ventricular tachycardia (VT or V-tach) is an irregular heart rhythm (arrhythmia). It occurs due to a problem with the electrical impulses firing on their own in the ventricle (lower chamber of the heart.)

Ventricular fibrillation or v-fib is the most common and deadly irregular heart rhythm (arrhythmia). It occurs when disorganized heart signals cause ventricles (lower heart chambers) to quiver or twitch. This makes the heart powerless to expand and squeeze to pump blood leading to sudden cardiac death.

When Should I See the Doctor About My Palpitation?

Palpitations are not usually dangerous. Sometimes, palpitations indicate a serious heart condition such as cardiomyopathy, hyperthyroidism, heart valve disease, or arrhythmias. If you notice a change in nature or sudden increase, they last longer than a few minutes, you have a heart condition or if you have a family history of heart problems, seek medical attention.

If you experience the following symptoms along with heart palpitations call 911 or go to the nearest emergency room (ER). The symptoms include:

How Do I Stop Heart Palpitations?

If the palpitations are resulting from stress or anxiety, you can control them by taking up calming activities like yoga or meditation and breathing exercises. Palpitations typically go away on their own if you can control and manage factors such as high cholesterol, high blood pressure, smoking, diabetes, eating spicy food, drinking caffeinated drinks and beverages, and avoiding exercising too hard.

How do medical professionals diagnose palpitations?

Palpitation symptoms may not be present when a patient seeks care making diagnosis difficult. To properly diagnose palpitations, your doctor will do a physical exam by listening to your heart using a stethoscope and taking your medical history. Your doctor may also ask you questions about any medications you are taking, whether your palpitations accompany other symptoms, how long they last or what makes them come and go.

The doctor will also look out for signs and symptoms of medical conditions that cause palpitations such as swollen thyroid glands or heart valve problems. Your doctor may test you if the palpitation is caused by heart conditions or irregular heartbeat. Tests may include electrocardiogram (ECG or EKG), echocardiogram, Holter monitoring or blood test, stress test, urine test, chest X-ray, event recording, or coronary angiography.

How Are Palpitations Treated?

Treatment depends on the underlying cause of your palpitations. Palpitations rarely require treatment unless heart conditions cause them. If a medical condition causes them, your doctor will focus on addressing and correcting it.

Sometimes your doctor may not find the cause of your heart palpitations.  Suppose a medical condition does not cause it; in that case, you might reduce symptoms by adjusting your lifestyle habits such as managing anxiety and stress, quitting smoking, watching what you eat (avoid sugary, baked goods and simple carbs), and avoiding stimulants like caffeine and illegal drugs.

Get In Touch With Us Today